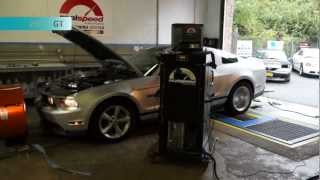 Anyone that knows me or if you’ve read my posts…knows I have become a fan of road racing and auto-cross.  I guess I grew out of sort of my drag race phase and have enjoyed competing in SCCA Solo II events and HPDE track days.
I’ve enlisted my 1991 LX as an experiment or test mule, to come up with the perfect balance of performance and handling. But I also need it to be reliable and fun to drive. Cars like the Boss 302 and Camaro Z28 have been very popular now, and have everything you need to be a weekday cruiser or a weekend track car.

My ’91 LX already fitted with an independent rear suspension, coil overs and disc brakes. All that is needed, is a new motor. What better than the new Ford Coyote engine? Coyote swaps are becoming common now-a-days, especially in fox-bodies. I usually like to be different, but I just couldn’t resist this project.  As this build progressed, it became much different than all the others.  That is why I wanted to share my experience.  As I realized, or more so my builder, Rob at Real Speed realized…not all Coyote swaps are the same.  Many have been done already and write ups on forums are easily available.  But, many of these swaps are done differently due to time restrictions, budgets or goals.  My goal was to have a good reliable daily driver afterwards, and able to drive back and forth from the track, with no issues.  Real Speed wanted a car to showcase their talent and expertise, a car worthy of their reputation.

I will try my best to get into detail with pictures and explanations of all the different parts and modifications done to complete this swap. In the meantime I will explain what I referred to earlier when I said, “not all coyote swaps are the same”. Many of the other swaps that were done, we’re done for drag cars.  Much different and much easier.  An example, is this video on PowerBlockTV.   This coyote swap looks so easy, but like many others, this fox has NO power steering, NO power brakes. And the ONLY reason they were able to lower the car onto the motor & k-member, is because the front sway-bar mounts were cut off.  Meaning…the car was not running a front sway-bar, because it was a drag car. Which is understandable, but not for my daily driver. With the factory mounts in place, it is not possible to lower the car onto the motor, the mounts hit the heads…the coyote is too wide.  I need power power brakes and steering.  And these were the main obstacles Rob incurred during the build.
So to begin, I’ll start with a basic shopping list to get an idea of what’s in store for anyone interested in tackling this project.  You can also check out this spread sheet from “Built To Cruise”.  It is very elaborate and has prices and links.  This ;its below is a basic starting point, it will either scare you away or intrigue you.  I don’t have every little nut or bolt listed but just the main parts.

And that just about covers it.  At least for the big stuff.  There are many smaller bits needed and a lot of time and some fabrication.  All which I will talk about later.  Check out my YouTube Channel for my videos.

View all posts by replayman